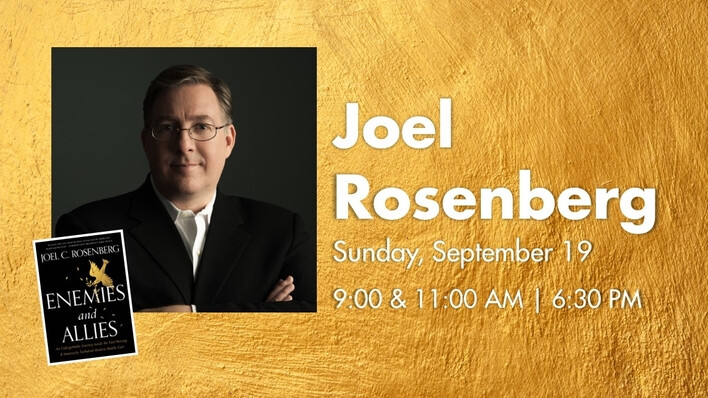 Join us for a special evening with Joel Rosenberg, who will also be speaking at both of our morning worship services.

He has been profiled by the New York Times, the Washington Times, and the Jerusalem Post and has appeared on hundreds of radio and TV programs in the U.S., Canada, and around the world. As a sought-after speaker, he has addressed audiences at the White House, the Pentagon, the U.S. Capitol, the Israeli president’s residence, the European Union parliament in Brussels, and business and faith conferences in North America and around the world.

He and his wife, Lynn, are dual U.S.-Israeli citizens. They made aliyah in 2014 and live in Jerusalem, Israel. They have four sons, Caleb, Jacob, Jonah, and Noah. You can follow him on joelrosenberg.com or on Twitter @joelcrosenberg.